A downloadable game for Windows, macOS, and Android

Cosmos Arena Mobile is now in Open Beta. Currently only single-player on mobile, with multiplayer still in development. Download the Android version, or sign up here to join our TestFlight for the iOS version (coming soon).

Cosmos Arena PC is a local multiplayer action platformer for 1 to 4 players (best played with friends!). The game takes place on a distant alien planet. Play as intergalactic park rangers on a mission to protect the planet and the aliens from a Robot Invasion!

If you encounter controller issues, here are some keyboard controls you can use (these are our internal hotkeys for development, the game is intended for use with controllers):

A -> (A) (for character select and confirm/continue)

This game is in active development! If you don't like playing games with bugs, please wait for our full release :)

Your contribution is greatly appreciated and will help fund the rest of our development. We also welcome your feedback.

What are the controls for windows keyboard

A -> (A) (for character select and confirm/continue)

- would suggest pick-ups represent more of what item is supposed to be (seeds to look like seeds, ammo to look like ammo, etc.)

- would be nice to have some sort of gauge to tell how much thrust/fuel character has left and an idea of how long it takes to recharge.

- be great if there are lives you can collect (starting at 3 lives perhaps). I see there's health pick-ups but I can't tell if there's a health gauge.

- would be nice to be able to jump further (2-3X more?) Jump is currently not too useful and doesn't replace jet pack well when fuel is out.

I still haven't played multiplayer so I'd like to give you more feedback after I try that! ;)

Thanks for the feedback! These are great suggestions we will ad to our list of things to work on.

Cool, I look forward to the update! ;)

Growing ammo is a neat mechanic. I enjoyed reading about your development process in the dev log! 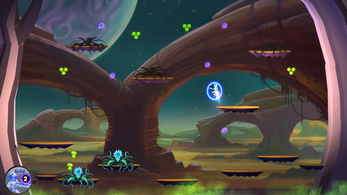 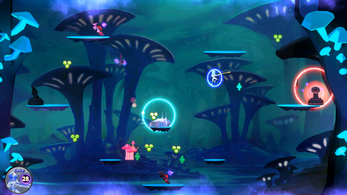 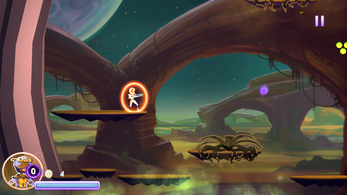 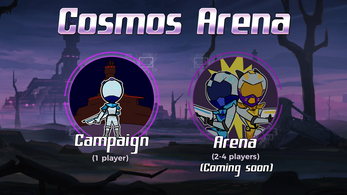 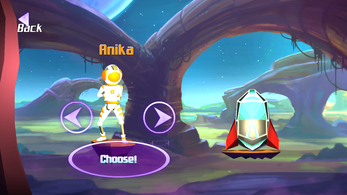